Along with Fellini’s earliest films, Pier Paolo Pasolini’s feature debut marks a shift away from the neorealism that had defined the past decade or so of Italian film. Shot on location with non-professional actors as many Italian features were at the time, Pasolini’s film nonetheless manages to tap into a sense of poesy, metaphor, and abstract self-reflection that feels far more modern and enduring than many of its peers.

END_OF_DOCUMENT_TOKEN_TO_BE_REPLACED

Canadian director David Cronenberg is a master of body horror. The creeping dread that one feels when watching his films is not just visceral disgust, but an inescapable feeling that all is not well. His 1988 film Dead Ringers is a major breakthrough – the point at which his unique cinematic voice reached new levels of nuance and unsettling power. It could be the director’s most perfect example of the pervasive, needling effect of body horror.

END_OF_DOCUMENT_TOKEN_TO_BE_REPLACED

From the release of Snow White & the Seven Dwarfs in 1937, for approximately the next three decades, Walt Disney’s animated features pushed the art form of animation to bold new places. But Disney’s brand of storytelling arguably had an influence beyond animation, and helped to develop the visual language of all cinema. Possibly the best example of that is in 1940’s Pinocchio, an ambitious, visually stunning, emotionally gripping masterwork not just of children’s film, but of all films.
END_OF_DOCUMENT_TOKEN_TO_BE_REPLACED 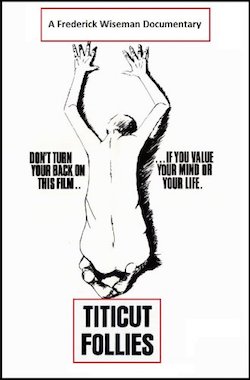 Like Nellie Bly before him, Frederick Wiseman broke the (still standing) taboo of talking about how we treat the mentally ill. Unlike the loquacious Bly, though, Frederick Wiseman let his camera do the talking, defining the American take on cinéma vérité with his debut documentary. Titicut Follies is a movie you will wish to never see again, and perhaps wish you’d never seen at all, but its steady and sickening reportage is a profound work of social justice.

END_OF_DOCUMENT_TOKEN_TO_BE_REPLACED

Many American silent films have not aged well. Despite their greatness and importance, their set pieces and acting style can read as gratingly naïve to a contemporary audience. Part of what is so striking about The Wind, an American production directed by the Swede Victor Sjöstrom (credited as Victor Seastrom), is that is suffused with a darkness and tension that have allowed it to stay relevant and engaging nearly 90 years after it was first shown.

END_OF_DOCUMENT_TOKEN_TO_BE_REPLACED

Abbas Kiarostami’s minimalistic and downcast drama Taste of Cherry proved to be massively divisive upon its release, tying for the prestigious Palme d’Or at Cannes and savaged by certain reviewers and dull and self-indulgent. Twenty years on, it’s arguably Kiarostami’s finest moment – a richly layered and deeply humanistic portrait of impenetrable despair.

END_OF_DOCUMENT_TOKEN_TO_BE_REPLACED

The familiar ‘one last job’ trope gets another go around in the stylish neo-noir The Red Circle. Following the savaging of his 1969 film Army of Shadows (now rightfully considered a masterpiece), Jean-Pierre Melville’s first film of the 1970s leans heavily on noir and pulp fiction in its pursuit of the director’s distinctive moral ambiguity. Watching it today, The Red Circle is arguably overstuffed, marred by the crutch of quasi-mysticism, overly referential, and at the same time a brilliantly enjoyable caper through the shadows.

END_OF_DOCUMENT_TOKEN_TO_BE_REPLACED 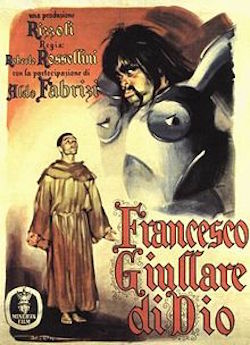 Reportedly, film historian and critic Marcel Oms called this film a “monument of stupidity,” and none other than François Truffaut named it “the most beautiful film in the world.” There is no real reason why both those statements can’t be true. Indeed, Rossellini’s The Flowers of St. Francis doesn’t play so much as a feature film, but as a series of morality plays – so simple that they could be understood by most children – performed by non-actors in ways that are often stilted and unnatural.

END_OF_DOCUMENT_TOKEN_TO_BE_REPLACED

Though it seems strange to refer to a four-and-a-half hour crime epic as “minor,” in the grand scheme of Fritz Lang’s overall oeuvre, Dr. Mabuse, the Gambler doesn’t quite scale the heights of the likes of Metropolis or M. But there’s no denying that, nearly a hundred years after it was released, the menacing, two-part silent film gave birth to many of the film tropes and genres that would define the following century.

END_OF_DOCUMENT_TOKEN_TO_BE_REPLACED

Following up the untouchable classic Bicycle Thieves (1948), which less than half a decade after its release was voted the greatest film of all time on the inaugural Sight & Sound critics’ poll, Vittorio De Sica had (presumably) enormous expectations on his shoulders. Thankfully, he chose not to repeat the neo-realist formula, and instead made this stunning and beautiful mixture of neo-realism and low fantasy. With a tenderness and optimism not unlike that of Charlie Chaplin, Miracle in Milan is a wholly unique film experience.